Apple is not currently accepting applications built with AIR 3.9 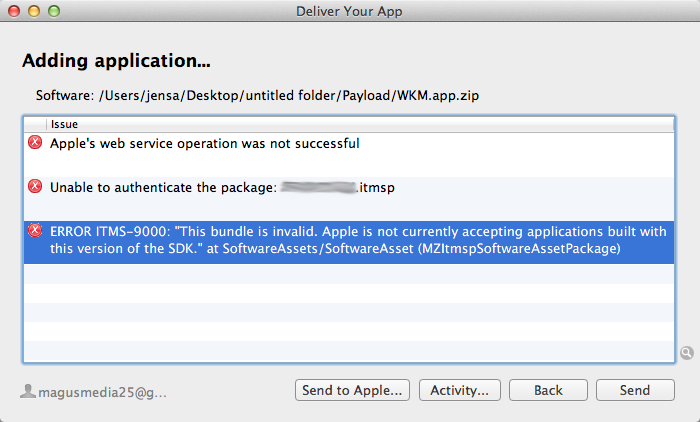 From the 1st of February, you’ll get the following error message when trying to submit your Adobe AIR based app to Apple’s App Store:

From February, you’ll have to build your AIR apps using the iOS 7 SDK (comes with XCode 5). In other words - if you are using Flash Builder or the Open Source Flex SDK to make iOS apps, you’ll need to upgrade a bit. Adobe added support for this in the 4.0 Beta version of the AIR SDK that is now available on Adobe Labs. I do not know how this affects Windows users, but for Mac users you just download Xcode 5.x and use this instead of XCode 4.x. Next you download the AIR 4.0 Beta SDK and install it. Instructions for how to install/upgrade your AIR SDK can be found here.

With the beta and XCode installed, all you have to do is to up the version number to 4.0 in your App XML and maybe update the path to the new iOS simulator for testing.

Note: this only applies to new submissions. All apps that are already approved are still good.