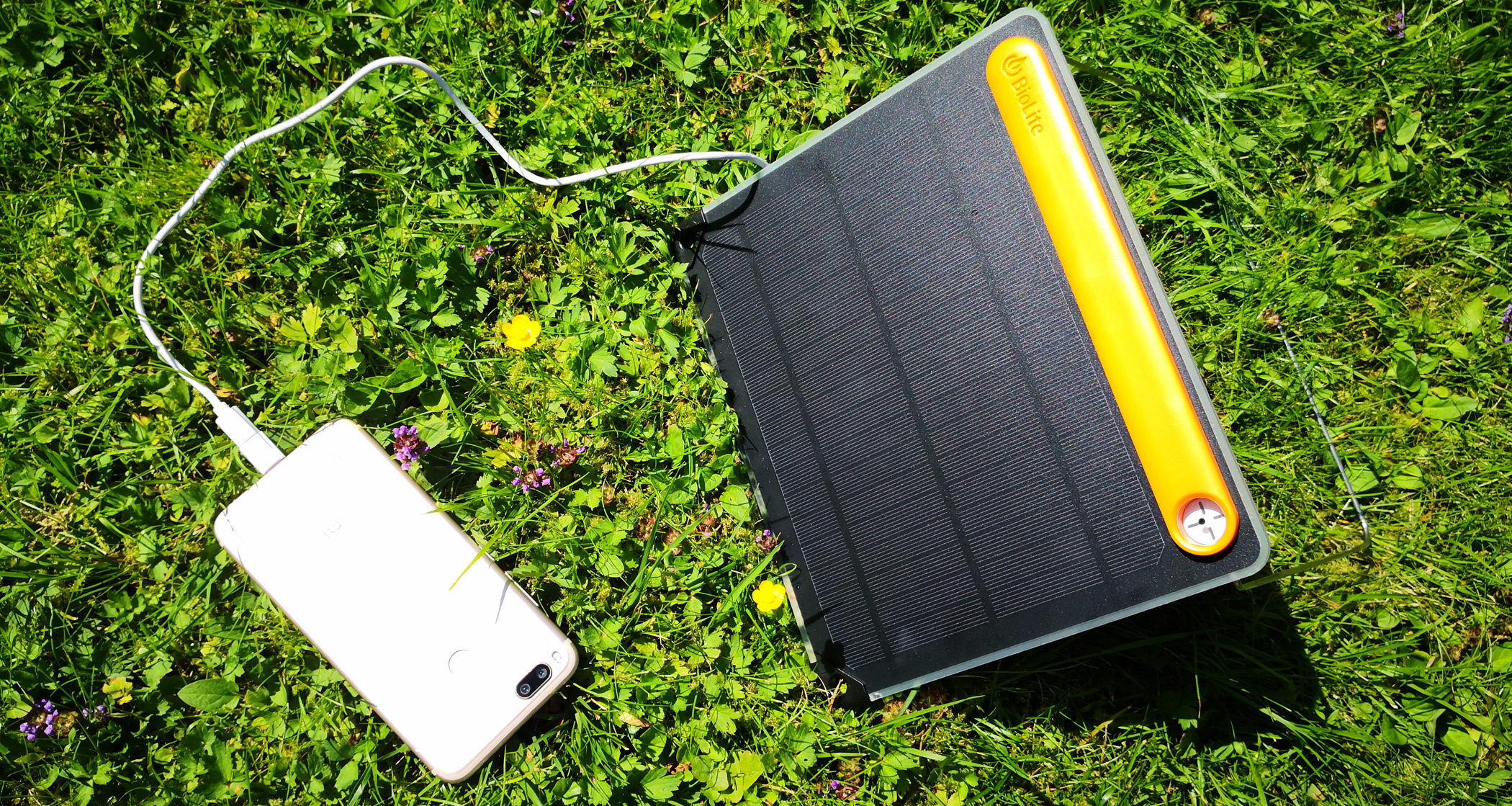 ​I originally intended for this panel to power a small IoT device, but since you have to manually toggle between charging the panel or your device, it won’t work as a power source. But how does it work as a portable power bank that refills?

The BioLite SolarPanel 5+ is from a hip startup in the US that offers some very nice looking gear and a good business philosophy. I’ve looked at their products before and thought this summers IoT project would be a chance to test it out. As mentioned above, the device cannot both charge a device and itself at the same time. You have to toggle this manually, so for my project (plant monitoring), this just won’t work.

How about using it as a solar charger while camping then? This is my thoughts after trying it out for a week.

First of all - this panel looks good! The panel feels quite rugged. The packaging says it’s waterproof, but it’s not listed as such on the product page. The rubber flaps that protect the ports fit well enough to provide some splash resistance. I’m sure it would withstand a light rain, but I don’t think it could survive a proper downpour. If it could, it certainly should have been mentioned on the website, so my guess is that it’s just “weather resistant” and not “water proof”.

The solar dial is pretty cool for aligning the panel. It’s a completely manual device that is using shadow to tell you how to position the panel. Keeping the panel at a perfect angle will increase the charge rate significantly. The metal hinge is more solid than it seems and the holes at the edges are great for attaching the panel to a backpack or hanging it somewhere to catch sun.

The status indicator is visible also in sunlight and the “charge stuff” vs “charge yourself” button is easy to spot and use. The panel will blink one of the status LEDs to tell that if it’s charging or not. Good interface overall.

On a full charge, it’ll charge only 25% of my phone (Huawei Mate 10 Pro) battery. The BioLite is listed as having a 2200mAh battery and my phone has a 4000mAh battery. I don’t expect to get a 50% charge on the phone, but 25% is a little on the thin side? That means that there is a 50% loss in the conversion and that’s quite terrible statistics. In good sunlight conditions, the BioLite battery will fill up in a couple hours, but you have to be there again when it’s full to press the button to toggle over to charging.

Also, there’s no need to plug in the phone until the BioLite is fully charged if you have a large device. Why? If the BioLite is charged less then 50%, it won’t charge a 12.9” iPad Pro at all. Initially this worked better, but it now seems to have tapered off. It actually seems that it has a problem with large devices such as iPads as we once had the Biolite fully charged and it was only able to charge from 2% to 4% on the iPad. BioLite also offers the BioLite 10 plus. With a 10W panel, this’ll charge faster but it only has a 3000mAh battery. This is less than a 50% increase over BioLite 5+ and it has the same design problem - you have to be there to click that switch when its fully charged. no way to just leave the phone/tablet to charge while your out on a trip.

While the sun dial is cool, you have to stick around to move the panel all day. This limits it’s usefulness. The small battery makes it so that you have to remember to charge every time the Biolite is full and then be sure to get it charging again as quickly as possible. To get a full charge, you’ll have to be around all day just to press a button every now and then. If the device had a larger battery, you could leave it out all day and come back to a full charge. This will of course increase the weight, making it less portable so I fully understand that this is a design decision. I still would like some more capacity for a panel of this size.

This is a nice looking and well built panel, but the battery size makes it less than ideal for charging phones with large batteries and iPads.