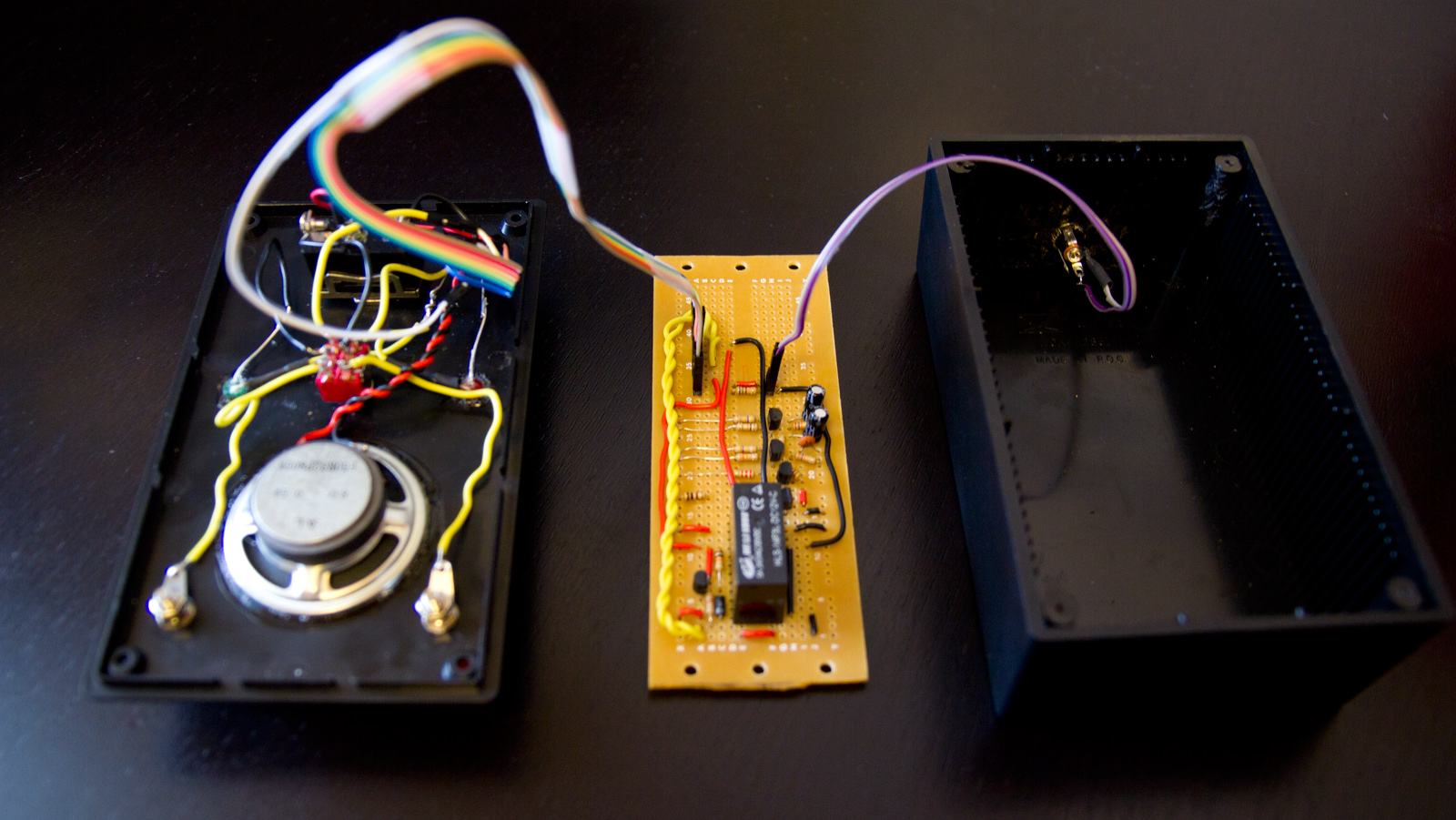 Took a break from the app-project for a day with Make:Electronics. Experiment 15 builds on Experiment 11 where you make an alarm/siren using just transistors, resistors and capacitors. This part takes this a step further by adding reed-switches to detect a broken circuit (i.e. door opened) and then sound the alarm until the alarm is reset. Quite time consuming project, but loads of fun!

First you build the circuit on a breadboard, then you transfer it to a circuit board and finally you mount it in a box. Since I had taken apart the noisemaker circuit, I had to rebuild that first. I then added the new part - a relay that stays energized if the alarm is triggered. I then moved it all over to the circuit board, soldered up piece by piece, added power and - lo and behold - it worked on first try! Was a little proud there 😊

Next up was mounting it in the case and that part certainly took longer than expected. I planned the layout in Illustrator, printed it out and stuck it to the box for drilling. I didn't have an awl, so I used a nail to punch indicator holes before drilling. This caused the case to almost crack, but I kind of saved it. Drilling holes and mounting components were quite easy, but on the next part I stumbled. Might be because it was too late at night (had such a blast that I forgot time!) but I couldn't make the circuit work as intended.

This morning I had another peek at it and I measured that the switch in the kit worked differently from the one in the book. Oh well. The cabling from the day before was a mess as well, so I wanted to clean it up. I added some header pins from my Arduino kits and some F/F breadboard cable for both the power socket and from the circuit board to the lid with all the switches & LEDs. Keeping things tidy like this made it so much easier to get things right. I guess hardware just like software - plan well and keep it tidy and you won't stumble.

The alarm is really retro. I remember my aunt having such alarms in her office 30 years ago. It's not really burglar-proof either as all you need to do is to cut the power, but I'm certain that the kids will have heaps of fun with it :-D

Arduino Companion - my first app for devices is out

Back to electronics and Arduino