Odd Particle Photon error messages and what they can mean 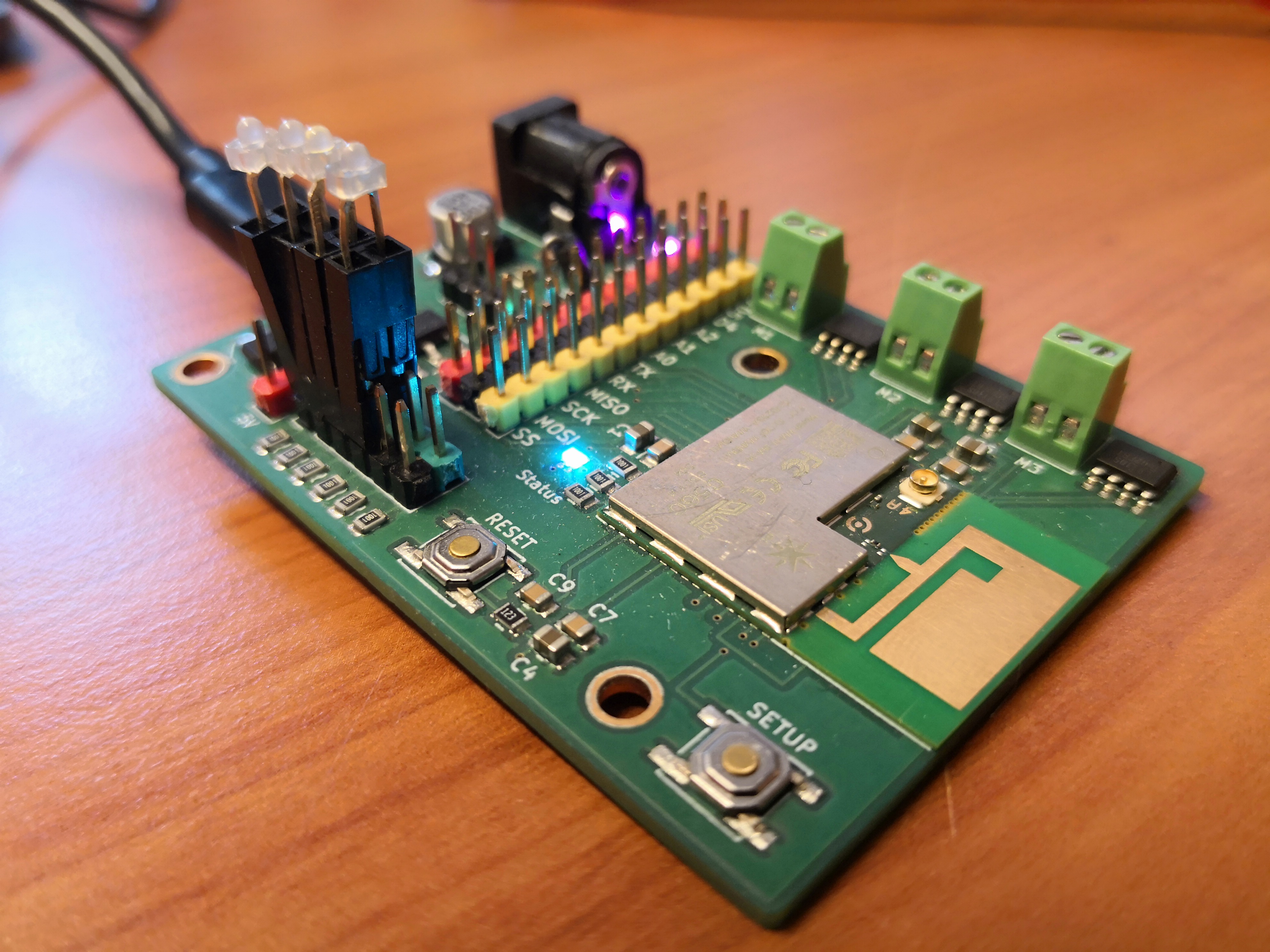 This post will eventually become a serachable collection of info that I have not found any other place. I usually make my projects based on the P1 module that has an extra 1Mb of Flash built in, but it’s the same device as the P0 used in the Photon. If you look inside a P0 and a P1, you’ll quickly see the familiarity. It’s basically just the extra Flash and the FCC approved PCB antenna that differs.

“Potentially unhandled rejection [3] Serial problems, please reconnect the device” usually means that you have another serial connection open so you can’t get access to the port. Just close this and Particle Setup (and other things that require Serial access) This happens ever so often if you’re using the super-neat—follow option that keeps a serial connection open even though the device is restarting.

If you read/write beyond the length of an array, you’ll easily see the readed red blink. Another way to achive this is using Serial inside a constructor. It’s really hard to flash your device when it keeps crashing, so what if there was a way to get the device online but without running your firmware? Of course there is! Hold down RESET and SETUP buttons. Release the RESET button and when you see the device blink purple, release that button also. The device will now blink green, but when it’s connected it won’t run the firmware. Instead it will fade purple to show that it’s online, but not running your program.

If you need to clear the wifi settings, just hold down the SETUP button for 10 seconds or more. Instead of slow blue blink, you’ll then get a very fast blue blink. This means that wifi setup has been fully cleared.

When you’re debugging, it’s super annoying to have to restart the Serial monitor all the time. You don’t have to! Just use this instead: