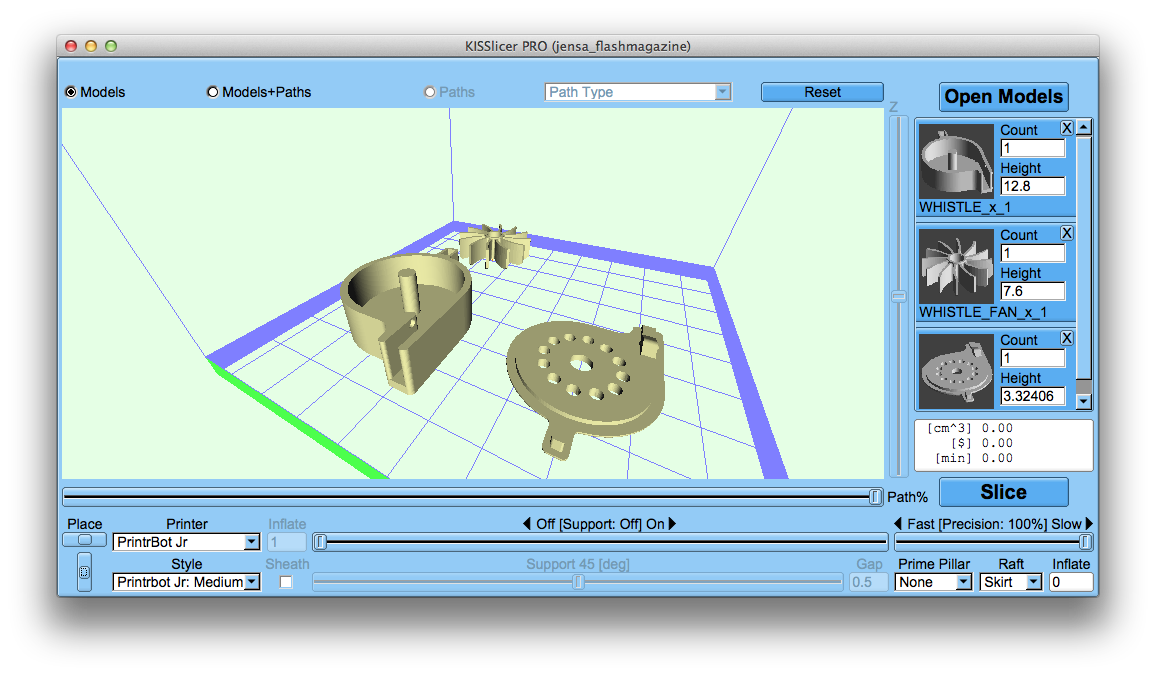 While my Printrbot Jr keeps impressing, the software side is a little less overwhelming. I use Kisslicer with my Ultimaker and setting it up for the Printrbot was quite easy. Kisslicer is a very good slicer that thinks differently than many of the other alternatives such as Skeinforge and Slic3r. I tend to toggle between mutiple slicers, but lately I've more or less settled on Kisslicer. It simply makes better toolpaths and it's easier to work with. It's also easy to set up for use with multiple 3D printers and it's a free download that isn't crippled in any way. Paying the $42 gives you a few “Pro” features, but most user won't need this. I basically just bought a license because I wanted to support the future development.

Here's the current Kisslicer settings I'm using with my brand new Printrbot Jr. It's not possible to save settings for simple distribution, but by just typing in the values here, you'll get a good starting point. The settings work perfectly for prints, but I think I'll need to up the E-vaule from the current 569 to a little more as too little plastic is used.