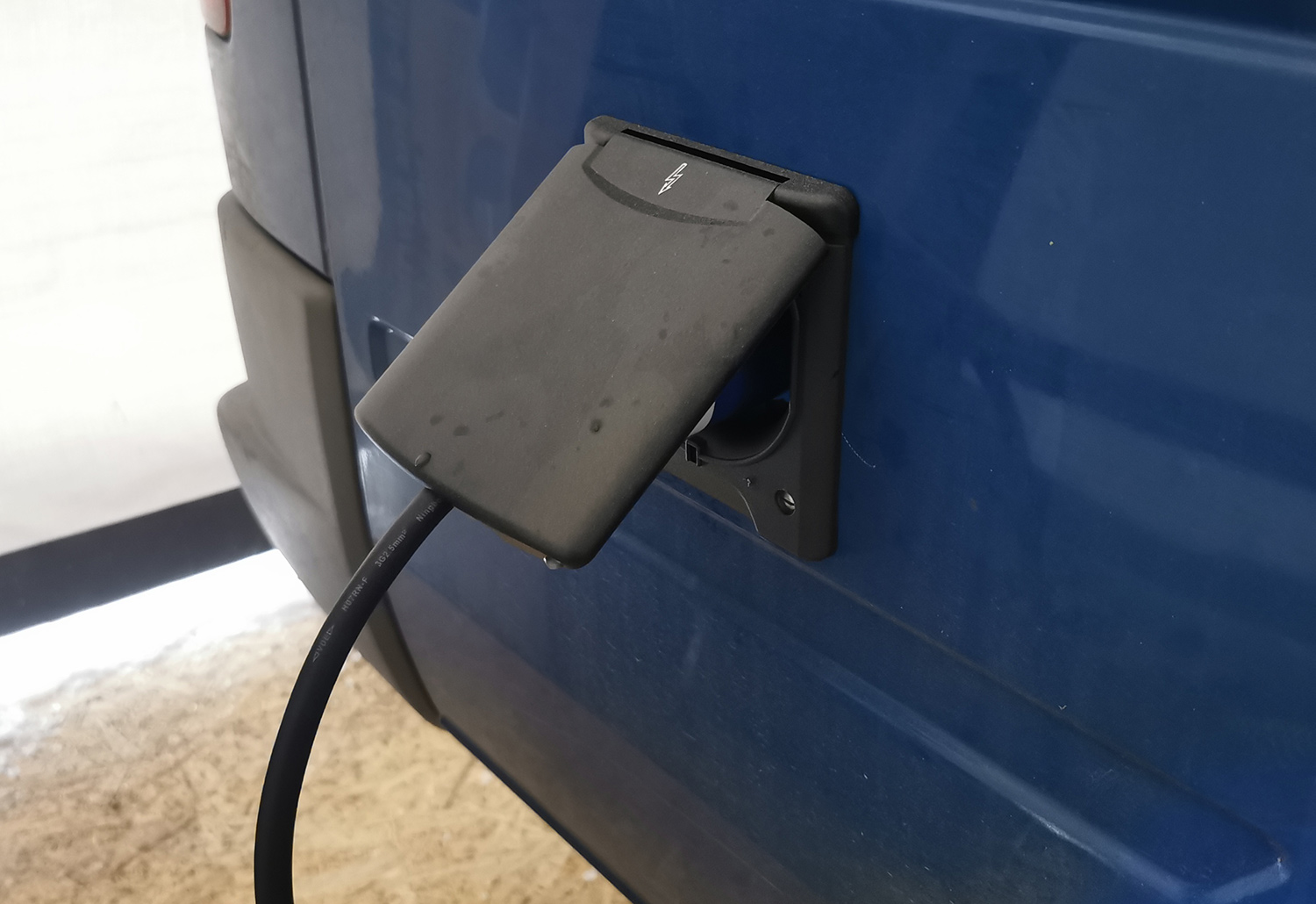 After we got the car inside, winter really arrived and made several tasks impossible. Rust removal requires at least +5C for the primer to cure & the rust eater to work, so we had to focus on other things for a while.

Just after xmas, we started up again and the first thing we absolutely had to solve was getting more power out into the garage. With only a single 10A cable, we could only run one 2000W oven. At -10C (14F) that won’t do very much and we need to get 230V into the van in some way anyhow. When the van isn’t used, we’ll need to have it hooked up so it can maintain a certain minimum temperature and remove moisture, so we wanted a standard “Schuko” plug connection - the kind you can find on camp grounds all over Europe.

We got the parts from caravan.no and started making the first holes in our van! I first made a template of paper and used that to draw where I wanted the socket. I then drilled a series of holes and cut between them using my Fein multitool. For this operation, I taped a piece of cardboard around the hole so I could use the tool without messing up the car paint. This really wasn’t the right job for the Fein, so I changed to using my jigsaw with a metal blade instead. This gave a MUCH better cut/fit!

After filing the sides of the hole and drilling holes for the four mounting screws, I painted all exposed surfaces with Hammerite metal paint to prevent rust from forming. All screws use nylock nuts so they won’t come loose. I then hooked up the socket with a solid wire going stright to ground from the plug to the car chassis. If you don’t create this connection, you can create some really dangerous situations due to differing ground potentials. When we’ve done more on the interior, we’ll get an electrician to mount a small fuse box and certify the installation since this is required by law in Norway. For now, it is just hooked up to a short outdoor extension cord.

With one extension cord from our garage and one from our terrace, we can now heat the garage-tent fairly effectively - or at least down to around -5C. Below that, 4000W just isn’t enough to raise the temperature inside the tent. It’s plenty to heat the van itself though, so now we can work inside it despite winter.

Here’s some pictures of the process and the final result.