​After my initial review of the ESP32-based soil sensor named HiGrow, I’ve tested these throughout the summer and autumn. In the video above you can see how it stands up to the sometimes powerful rain we get here during summer. I’ve also let my students test these and the results are very discouraging. The TL:DR is: don’t use these unless you absolutely have to have a all-in-one solution. Get a separate soil sensor and microcontroller.

I’ve not finished testing it quite yet (more on that later) but the current conclusion is that this basically should not have been released. I’ve been testing this development board for the last 6 months and I initially thought it could be used with my students at Høyskolen Kristiania (where I lecture on Machine to Machine Communications). Given the low price and the fact that I had two backup plans, I figured it was worth a try to use the HiGrow for this years topic of agriculture & plants. Good thing I had a backup plan!

How it failed for my students

How it’s been working in my garden

Why you should not get this device

How it failed for my students

The 4 boards that I tested this summer, all worked reasonably well. I could program them after one or two tries and they would then work quite well. When I ordered a second batch of 20 pcs for my students, the quality just was not the same. All but one student had severe problems transferring firmware to the boards and more than half the boards were completely unusable. They were impossible to program. The boards are basically laid out so incorrectly, that USB 2.0 fails.

Having recently designed a product that conforms to USB 3.0/SuperSpeed (5 Gbps) I know that making USB2.0 fail requires doing things completely wrong. Given that the board is not Open Source and that no source files are available, it’s hard to pinpoint exactly where this error is but it’s such a grave problem that the board should not be sold in my opinion.

There are so many things not working with this board:

My backup plan was to use separate soil sensors with the ESP32-based LoRa radios that we also put in the student kit this year and that worked out well enough. It annoys me that we spent too much time trying to make these boards work, so I want to publish this as a warning to anyone thinking that these can be used for workshops or things like that. Using just the soil sensor part and hooking this up to any other development board is a much better solution. My students already have a Particle Photon, ESP32 based LoRa radio and Arduino and this is just a normal analog sensor that they all know how to use.


How it’s been working in my garden

In my garden setup, the device has fared much better. I designed a 3D printed HiGrow enclosure to test how long the HiGrow would last without any other protection. This worked surprisingly well and it took more than two months before it stopped working. Taking it apart, it was easy to see that this was primarliy caused by corrosion. Looking at the picture below, you can see how bad the back of the USB port looked as well as a couple of the resistors near the DHT11 sensor.

This is very much as expected, but I wanted to do this as a test to see how it would work. Cleaning off the rust and smudge using isopropanol alcohol and adding some fresh flux and solder made the board work just as good as it did before. I’ll keep this as a reference and test board for now.

This weekend I have prepared a new board that has 6 solid layers of conformal coating in the form of clear lacquer. After all this preparation, it was especially annoying to have the USB port almost break off as I plugged it in. I managed to stick the port back down with a huge blob of solder, but this part now lacks coating since I had to burn that off to be able to solder to it. I’ve now put it back outside with the 30W solar panel to see how long it will work. I’ll replace the 30W with a 125W soon to compensate for the dark winters we have here in Norway.

I’m pretty much done with testing the HiGrow as I’ve given completely up on it, but it’s still good for testing how well the Conformal Coating will protect it. The temp outside now is around 0C/32F and it’ll only get colder from now on so I’m curious to see what fails and how long it’ll last. This is how the board looks after coating:

Why you should not get this device

I think the experience from my students speaks for itself, but take a look at the comments section on the Hackaday project page and you’ll find other opinions. I also received an email from Victor in Southern California that shared his experiences:

I had some similar issues with the HiGrow boards. I bought 4, and 2 of them died very quickly due to inserting and removing the micro-USB cable. The USB port sheared right off. Grrrrrr. One more of them died due to something I couldn’t figure out. It stopped accepting programs, and would continuously reboot after booting. Maybe because the USB port partly sheared off

The last one I’ve gotten quite a bit of mileage out of by casting a giant wad of hot-glue around the micro USB port. Hot glue seems to have enough mechanical strength to compensate for the cruddy soldier joint on the USB port.

So, if you really, really, really want to use this board - pick up a glue gun to keep it together? If you don’t do this, it’s likely that the USB port will just fall off. 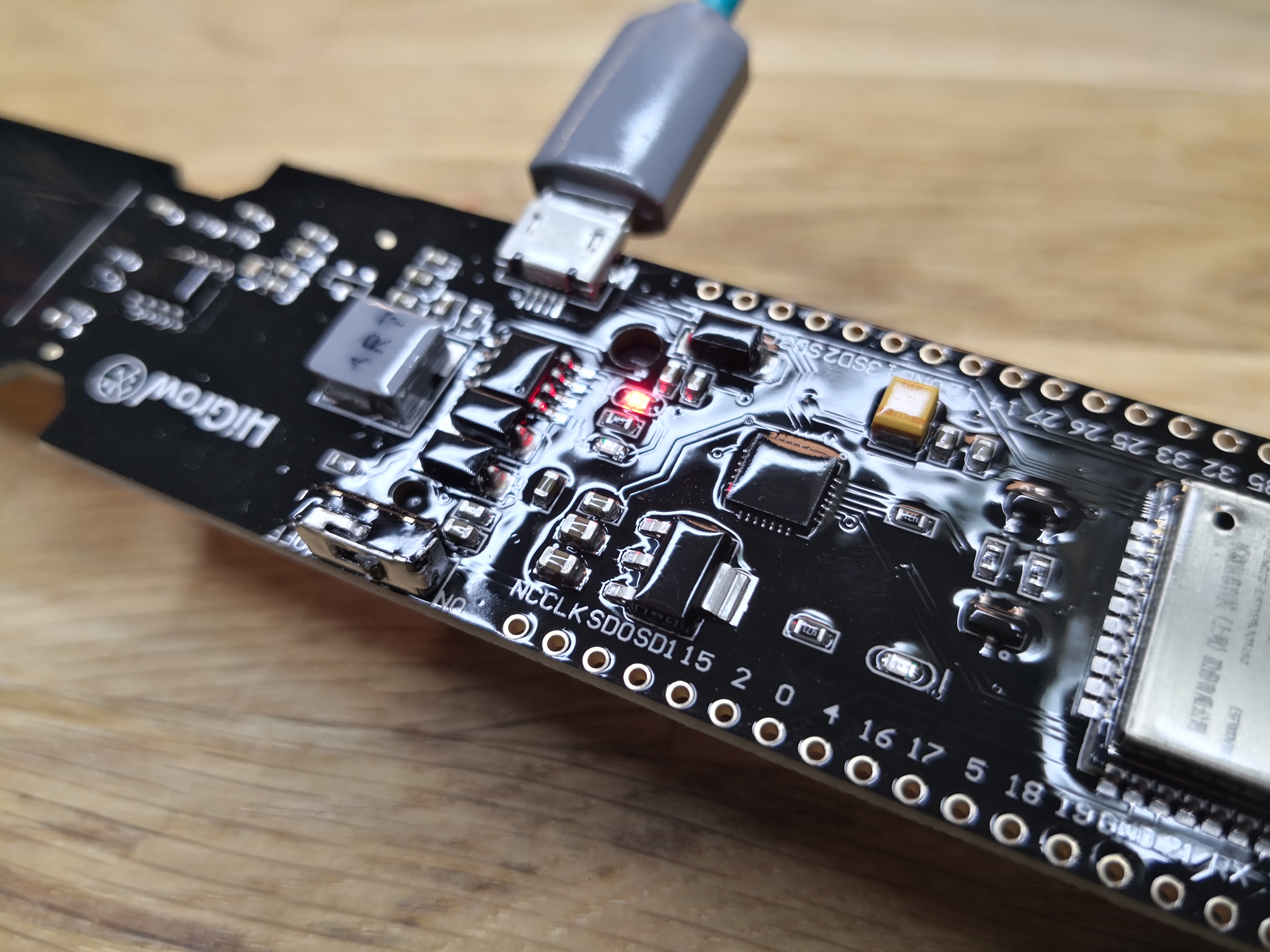